Frank Meisler, an Israeli architect and sculptor celebrated for a monument that commemorated the rescuing and relocating of refugee Jewish children from Nazi Germany to Great Britain, has died at age eighty-nine.

He is survived by his two children. His acclaimed bronze memorial Children of Kindertransport was commissioned by the World Jewish Relief and unveiled in 2006 in London’s Liverpool Street station. The sculpture depicts children standing on rail tracks and clutching luggage, their faces hopeful. The figures represent the thousands of children who, as part of a UK rescue effort, were transported to England from 1938 and 1940—with the artist among them.

Born in 1925 in what was then Danzig and is now Gdańsk, Poland, Meisler was one of fifteen children who boarded the city’s last Kindertransport train that headed to Berlin, the Netherlands, and then, finally, London. He was ten years old. Three days after he left the city, his parents were deported and murdered in Auschwitz. In England, Meisler fulfilled a promise he made to his father by attending college. He earned a degree in architecture at Manchester University, then worked on developing Heathrow Airport and with Sir Giles Gilbert Scott on projects like Liverpool’s Anglican Cathedral and the mosque at Regent’s Park. In 1960 he moved to Israel, where he devoted himself to creating sculptures and running a gallery in the Old City of Jaffa. He made large-scale sculptures commemorating various historical figures, including Joseph Stalin, Theodore Roosevelt, Winston Churchill at the 1945 Yalta Conference, and Christopher Columbus. Meisler also worked on a smaller scale, producing menorahs, Jerusalem fountains, Jewish figurines, and limited-edition miniatures that show Jerusalem as the universe’s center. Throughout his career, he remained devoted to portraying Jewish culture and history. In 2012, he was awarded the Order of Merit First Class by the Federal Republic of Germany.

Meisler’s Holocaust memorials can be found throughout the world, from Washington and Miami to Moscow and Kiev. He designed the interior of the Holocaust Memorial Synagogue in Moscow, which was sculpted for Russia’s National War Memorial, and in 1996 he published an autobiography, On the Vistula Facing East.

While often suffused with optimism, Meisler’s sculptures also served as reminders of the horrors he endured, as well as those he came close to facing. In 2008, he created Trains to Life – Trains to Death for Berlin’s Friedrichstraße station. The work portrays two groups of children: one destined for England, the other for death camps. A year later, Meisler revealed a sculpture in his hometown titled “Departure,” which showed—at the exact location from which he departed the city in 1939—the same children from Hope Square, only this time waiting to board the train bound for safety. 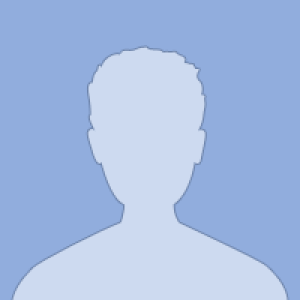